Program your Own Gameboy! 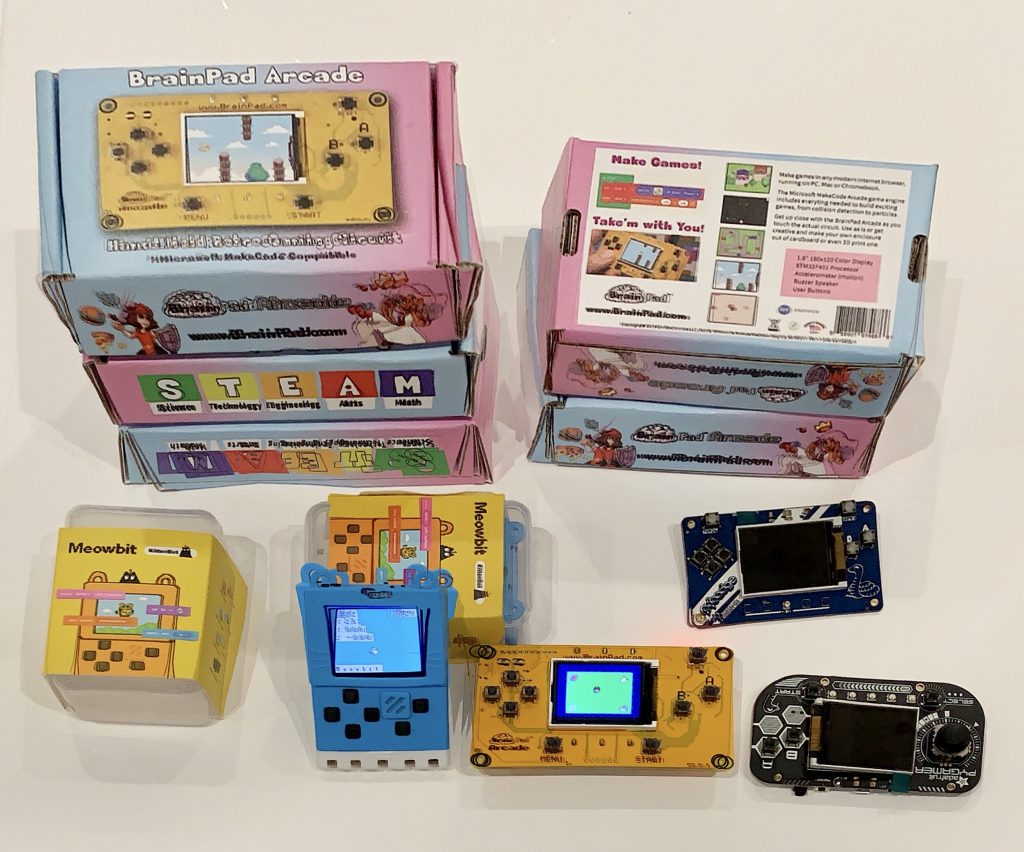 In 1971, Seymour Papert and Cynthia Solomon authored a prescient paper, Twenty Things to Do with a Computer. The ways in which my friends suggested using computers as intellectual laboratories and vehicles for self expression remain sadly elusive in too many schools two generations later. As I began writing this article, I was about to say that Papert and Solomon could not possibly have anticipated children playing and programming their own video games, but alas, that was #5 of the 20 things to do with a computer. They did predict it. Not only that, they helped kids program their own computer games before Richard Nixon was reelected.

Let’s save face. Papert and Solomon did not anticipate kids playing and programming video games that fit in the palm of your hand and cost the price of a hardcover book. Neither did I until a couple of months ago when I became aware of tiny little microcontroller development boards with their own color displays that could be programmed in MakeCode, the block-based Scratch-like hardware programming environment created by Microsoft. I have serious issues with some of the design decisions made by the MakeCode creators, but when combined with this new hardware, all is nearly forgiven.

What kids can now do is a BFD! (Big Fun Deal)

There are several companies manufacturing programmable Arcade game boards that are quite similar to the BBC micro:bit and programmable through the most popular software for the micro:bit, MakeCode. (MakeCode also works with the Circuit Playground Express, Chibi Chip, Minecraft, and LEGO EV3) All of the new boards, ranging in price from $25-$35 (at press time), feature an 8-bit color display, 6-8 buttons, speaker/buzzer, and a micro-USB port for connecting to a computer. Some of the boards feature sensors, accelerometers, and on-board power. Some may even used as the brain in a DIY robot.

Write a program, save it to the Arcade game board like it is a flash drive, attach a battery, and you have a handheld game machine that will amaze, delight, and entertain your friends. You can even connect two boards together and play head-to-head games that you programmed! Stick the board in a cardboard box, attach a $10 Raspberry Pi Zero, some buttons, and an old display, and you have an arcade machine!

I’ve begun messing-about with these boards in the hand of kids and have been impressed by the magic they are able to create quickly. The MakeCode tutorials for the Arcade boards seem more interesting and easier to follow than some of the early materials created for MakeCode. The simulator is quite useful (finally) too in that you can program an entire game and test all of its functionality before you copy the program to the board.

In fact, you can also transfer your game to a $10 Raspberry Pi Zero connected to any display. Add some buttons, joystick, and cardboard box and make your own arcade machine!

Participants in my forthcoming masterclasses and workshops will get a chance to do some hands-on coding with these Arcade boards.

This is not intended to be a comprehensive review of the various boards, but the two most popular models are on-sale at the time of publication (November 13, 2019) and these two boards have obvious pluses and minuses, even before I master them. 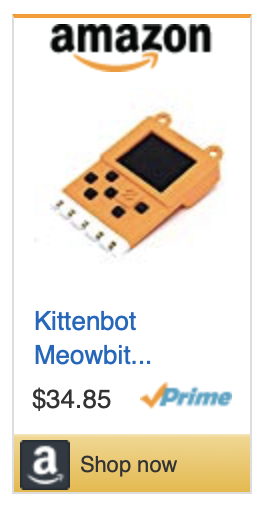 The Meowbit looks like a tiny Gameboy and is a cute smaller Arcade board, with an SD card slot (I’ve yet to find an use for this), form-fit silicon sleeve, and all of the functionality of the BBC micro:bit. Remove the bottom of the case and you see all of the connectors found on the micro:bit. That means that the same board may be used for electronics, wearables, physical computing, and gaming applications.

The BrainPad is larger than the Meowbit and has more exposed components. There are plans to 3D print a case or you may fashion one out of cardboard. The thing I like best about the BrainPad is that it takes three AAA batteries. Therefore, it’s easy to go portable right away.

Other Arcade Boards to consider